LOS ANGELES (California) – Salvadoran immigrants in the United States are raising funds with various activities to build a school in a town in their country, in order for students to “fall in love” with the facilities and thus move away from the danger of falling into “maras” (criminal gangs).

El Piche, in the eastern province of La Union, is the place that will benefit from this initiative that has started precisely from a group of Salvadorans from that town, who this Saturday organized a concert of gospel music to swell the account from which funds will go out for the school.

“It is a risk where today these young people are receiving classes,” said Efe Enot Rubio, president of the Salvadoran Committee El Piche in Los Angeles.

“That’s why it’s important to give young people a chance with a modern building, a building where they will have the opportunities they don’t have in the current facilities,” said Rubio, who emigrated to the U.S. 38 years ago and received primary education in the now deteriorated school.

The new “Complejo Educativo El Piche” will benefit some 400 students from 13 rural communities located around the municipality of El Carmen unionense.

The estimated cost of construction, which is scheduled to begin in January 2017, will be 1.8 million dollars.

“We are putting the necessary tools in each of these young people so that there is no excuse (to leave school),” said Rubio.

“What we want is for these young people to fall in love with wanting to seek a better future through education,” he said.

In El Salvador, “maras” pressure young people on the streets to join their ranks and commit crimes.

Figures from El Salvador’s National Civilian Police (PNC) from Jan. 1 to April 30, 2016 indicate that these groups were the perpetrators of 2,355 murders, making the small Central American country among the most violent in the world.

Rubio said that “more than 20 schools have been built” in El Salvador with community activities in the United States. “Sometimes it is to expand the schools, to provide them with a computer center,” he added.

The leader of the El Piche committee has been managing donations and organizing activities to meet various needs in Salvadoran towns for the past two decades.

Edgar Escolán Batarse, delegate of the Legislative Assembly of El Salvador, attended this Saturday the presentation of “Tercer Cielo” and “House of Praise” at the Fuente de Vida temple in Sun Valley (California), singer-songwriters of gospel music who contributed their talent to raise funds by selling tickets.

“In order to have a better El Salvador we need a better education as well,” the deputy for the province of San Miguel, member of the Nationalist Republican Alliance (ARENA), told Efe.

“It is for all Salvadorans to be able to take this kind of breath,” said the legislator, who described that if “the student feels comfortable in the room taking classes, he is not worried that the sun is going to come in or that the rain is going to fall on him.

For his part, Juan Rodriguez, who along with his wife Evelyn Herrera is part of “Tercer Cielo,” told Efe that “to give them a new school is to give them an opportunity to develop their talents and get away from the dangers of the streets.

While Nathan Raigosa, a member of “House of Praise,” said that “in schools like the Piche receive future classes engineers, lawyers, doctors and presidents.

“And we are thousands and thousands of young people in the United States who support them so that they have a beautiful school and excellent education,” he concluded. 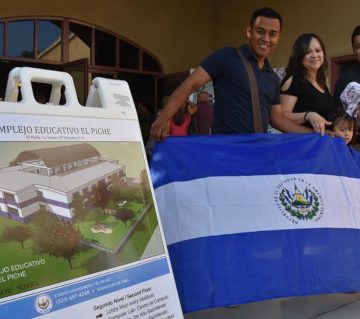 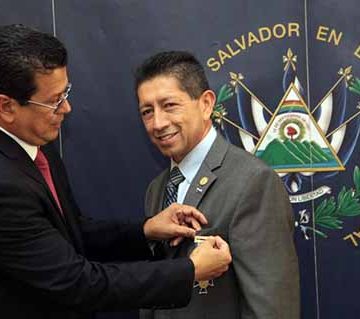 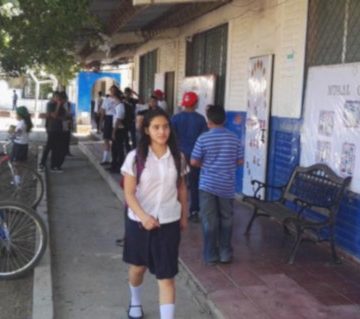